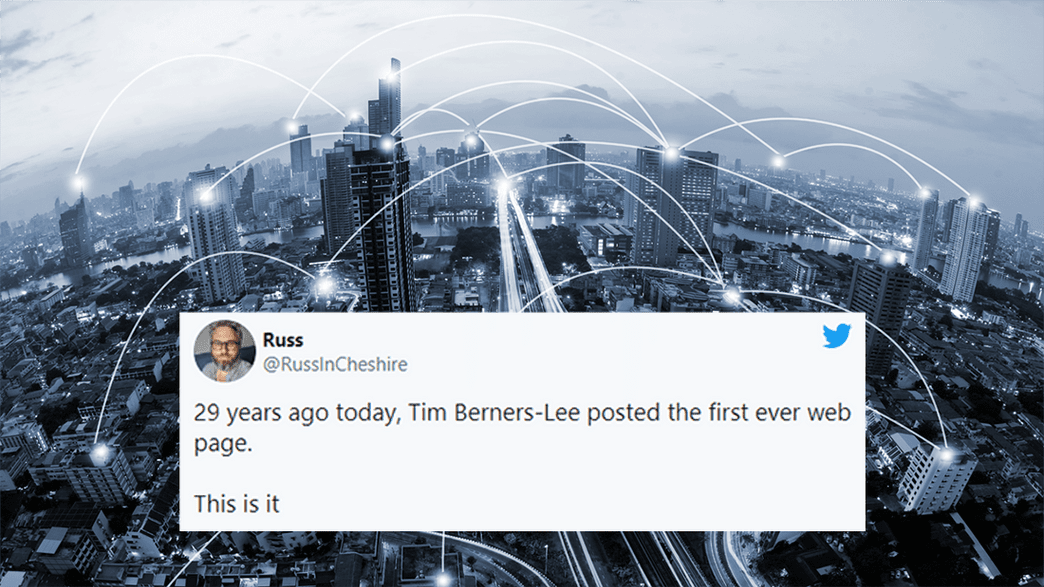 30 years ago, the first webpage was online. This is what it looked like

In the 1980s, Tim Berners-Lee became frustrated with the way information was shared and stored at the European Organization for Nuclear Research (CERN).

He noticed that in addition to being distributed inefficiently, information was being lost within the organization, largely due to high staff turnover. Technical details of old projects could sometimes be lost forever, or had to be recovered after lengthy investigations in the event of an emergency. Different divisions of CERN used software written in a variety of programming languages, on different operating systems, which made knowledge transfer cumbersome and cumbersome.

In response to these annoyances, he made a suggestion in 1989 that would change the world, somewhat dullly titled: Information management: a proposal. It described a system where all the different divisions of CERN could publish their own part of the experiment, and everyone could access it. The system would use hypertext to allow people to post and read information on any type of computer. This was the start of the World Wide Web.

If you click on the link, that’s what you’ll be greeted with. You’ll probably be immediately confused by the date, as well as the lack of memes and incredibly aggressive people in the comments section.

Although it gives you an idea of ​​what the first web page look at like, we may never know what the actual web page viewed that day in August 1991. There are no screenshots, but what you see is the first record we have of this first web page taken in 1992. Although we know that when the World Wide Web first launched that it contained an explanation of the project itself, hypertext and how to create web pages, the first page of the system designed to prevent information loss has ironically been lost, perhaps forever.

Although, in retrospect, what Berners-Lee invented changed the world, at the time its creators were too preoccupied with trying to convince their colleagues to realize its value and embrace it to think about archiving their invention for future historians can marvel at it.

“I mean the team at the time didn’t know how special it was, so they didn’t think to keep copies, right?” Dan Noyes, who ran the much larger CERN website in 2013, told NPR. He thinks the first incarnation of the world’s first web page still exists somewhere, probably on a floppy disk or hard drive lying around at someone’s house.

“I took a copy of the entire website to a floppy disk on my machine so I could demo it locally, just to show people what it looked like. And I ended up keeping a copy of this floppy disk,” Tim Berners-Lee said. NPR.

Unfortunately, despite CERN’s best efforts, the first page itself has not been found. That may never be the case.

Embed a collection of strategy cards on a web page