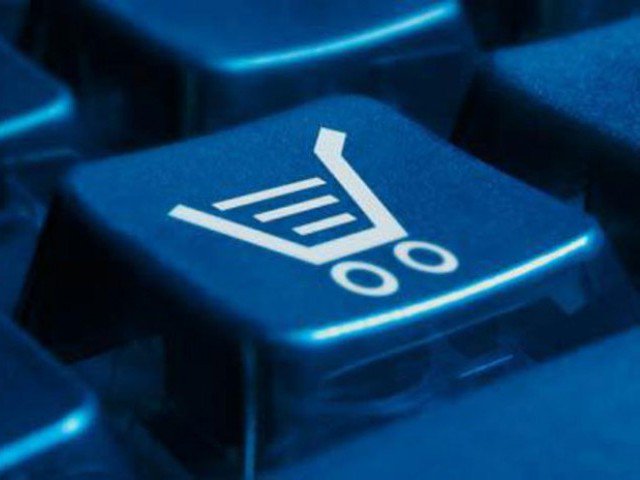 
Today’s world can rightly be called a digitally driven world. The technological influx has influenced almost every aspect of our lives. For this reason, data has become one of the most valuable assets in the world. Access to this data, with absolute precision and security, is the need of any society or country oriented towards rapid development.

The need to apply a centralized database in Pakistan, using digital technologies to improve public service delivery and engagement between government and citizens, is more pressing than ever.

Pakistan has faced security challenges since its inception. In addition to internal, political, religious and sectarian factors, external factors have also played a major role in the deterioration of the law and order situation in the country.

With Growing Pie, Another Ecommerce Platform Kicks Off in Pakistan

Pakistan is located in an unstable part of the world. It shares borders with Afghanistan which has been plagued by war and insurgency for decades, Iran and its great rival, India. The centralized database and its associated security apparatus is the only tool that can minimize the security crisis in the country.

However, despite its crucial importance, we are still lagging behind in introducing such a step towards the digitization of the governance mechanism through the centralized database system. The reasons are innumerable, however, the most important are economic and political instability, poor governance and the deterioration of government institutions.

Importance of a centralized database

The centralized database system stores all data in one place, which creates data integrity that a given dataset has only one master record. It also helps to increase data security, as the single storage location of data implies only one possible location, from which the database can be attacked or stolen.

In addition, it is easier to use for the end user due to the simplicity of having a single database design.

A greater level of transparency and accountability of government officials can be ensured through such integrated database systems. The online availability of information will be used to verify departments. Any kind of slack in the provision of public services will be immediately highlighted.

In addition, efficiency in the provision of government services can be achieved at a fraction of the cost compared to using traditional modes of database system.

What could be better than having all the data accessible anywhere, anytime and by anyone. This is a paradigm shift in which citizens would no longer have to go to government offices, but all services would be available at their doorstep.

Realizing the potential of digitization, the world is rapidly moving towards digital governance modes. Take the example of our neighbor and well-known friend, China.

According to a recent Reuters article, China will launch a five-year plan to create a financial database. This step aims to deal with systematic financial risks. The five-year plan will also formulate a balance sheet for the entire financial system covering banking, securities and insurance institutions.

Another example of a successful application of the centralized database system is the Social Security Number (SSN), which is a nine-digit number assigned to U.S. citizens, permanent residents, and temporary residents. An agency independent of the Social Security Administration of the United States government has the authority to issue this number, which is intended to track the accounts of individuals within the Social Security program. Due to its use and importance, SSN has de facto become a national identification number for tax and other purposes.

The case of Pakistan

In the case of Pakistan, several cases remain unresolved simply due to the unavailability of a comprehensive national database mechanism. Take the Zainab murder case as an example. Despite the Supreme Court’s opinion backed by the statement by the State Bank of Pakistan (SBP) and the rebuttal by all relevant government departments that Imran Ali, a rapist from Kasur, does not have a bank account , a few journalists have stuck to their assertion. that the rapist had dozens of bank accounts.

In another recent incident, the Federal Investigation Agency (FIA) discovered a hefty 2.25 billion rupees in the bank account of a falooda seller in Karachi. This is just one example that has surfaced. There are many like Abdul Qadir who have no idea of â€‹â€‹illegal transactions being made on their accounts without their knowledge.

If today you open the wallet or purse of any average Pakistani, you will find a CNIC, a company card, a driver’s license and an ATM card. The availability of such cards means that the average citizen has to some extent their data recorded in a digitized format. The introduction of the smart identity card by the National Database and Registration Authority (Nadra) is also a laudable step, which gives the state access to basic information of its citizens. However, a fully improved database system is required which should be biometric in design to capture almost all details of citizens.

Pakistan faces a labor shortage in the field of information and communication technologies (ICTs). Therefore, the creation of government training institutes for database experts is frowned upon. The capacity building of government employees should be done on a large scale so that the database mechanism can function smoothly.

Establishing and implementing the system requires a strong political / administrative commitment. The introduction of a centralized database system will prove useful for monitoring corruption. Therefore, mitigating the resistance of those involved in corruption requires a solid strategy.

A very important step towards e-governance is to have the system centralized. The formation of a committee, comprising the Prime Minister as head and all provincial chief ministers as committee members, is required. The committee is expected to meet quarterly to share best practices, commit to cohesive coordination to avoid duplication and identify the enabling environment, including required legislation.

Despite its crucial importance, it should not be forgotten that the successful implementation of the centralized system is only possible with commitment from the top. It will make life easier for the ordinary citizen and every citizen will be able to know what they have in their accounts, be it cash or movable property with just one click. Now is the time to declare â€œgodigitalpakistanâ€ as our core strategy that will help achieve end-to-end automation in all sectors of the country.

Gaps in the health data system identified in the Hiqa report