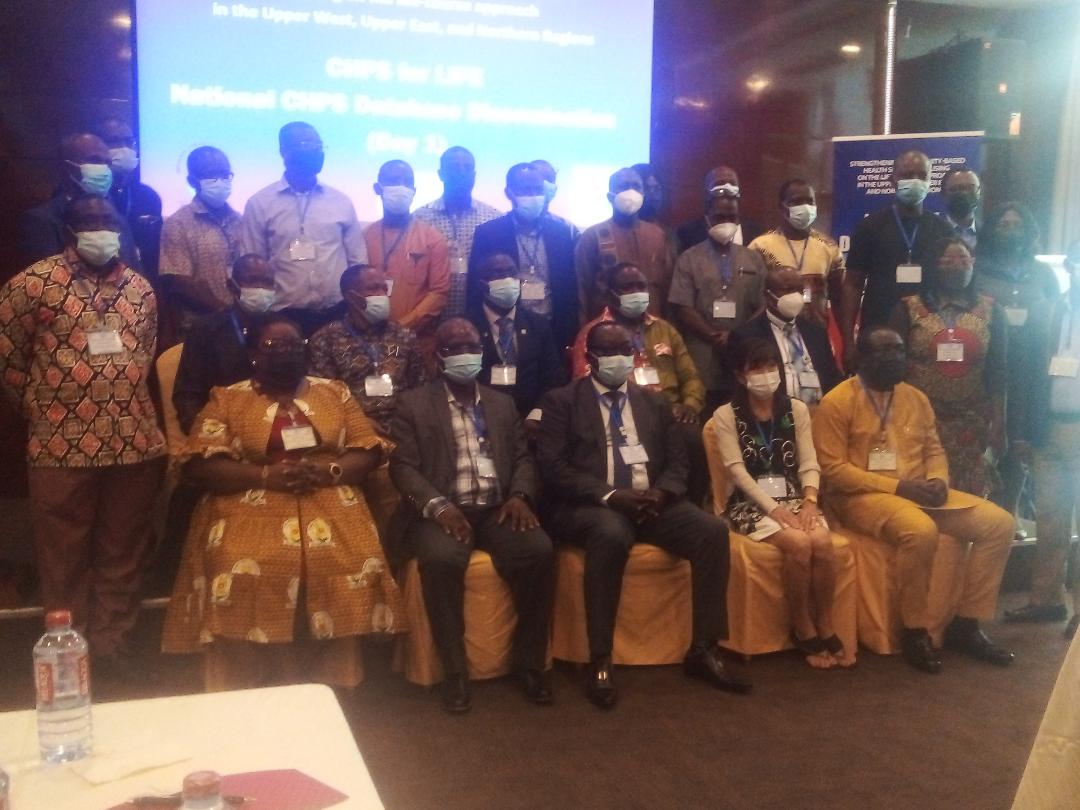 GHS collaborates with JICA to disseminate a CHPS database system

The system was developed by GHS and JICA to systematically collect reliable, concise and consistent data.

It was presented at a CHPS database dissemination forum held in Accra as part of efforts to strengthen the implementation of CHPS under the technical cooperation project “CHPS for Life Project” to accelerate achieving universal health coverage (UHC).

The CHPS initiative, created in 1994 to reduce barriers to geographic access to health care, was introduced in the Upper West in 2015, in the North and Upper East regions in 2017, and in the Savannah and Northeast regions in 2019.

The Policy, Planning, Monitoring and Evaluation Division (PPMED), as part of its Policy Department Plan and Budget for 2019, has proposed the adoption and deployment of the database system CHPS supported by JICA in the remaining areas.

Mr. Kwame Bimpeh, Head, Center for Health Information Management, PPMED, GHS, said the aim of the nationwide dissemination was to introduce the CHPS database to ten regions since the Northern and Eastern regions Is already using the system.

The system, he said, generated information that could be used to monitor overall CHPS implementation and to plan training, mobilize resources and improve the quality of CHPS-related services.

Mr. Bimpeh said the database was a system for districts and regions to update and monitor the status and quality of CHPS implementation.

He said it was a management tool intended to provide quarterly insights to help managers identify gaps in CHPS scale-up, develop evidence-based plans, mobilize and distribute resources according to need.

Mr. Bimpeh said the system was cost effective as it did not require a lot of resources, was flexible, reliable, easy to process for interpretation, among others.

Ms. Satoko Ishiga, Chief Advisor of the project, said that the CHPS database was first developed to provide relevant information for the implementation of the project under the first phase and has been improved to be used by both the project and GHS staff to expand the CHPS into the second phase.

Currently, she said, the CHPS database system is implemented in 55 districts in Savannah, Northeast, North, Upper East and Upper West regions and has also been introduced in 33 districts of the Eastern region.

The CHPS database has led to the pragmatic training and deployment of community health workers, the extension of clean water and electricity as well as the provision of medical equipment to more than 1,400 areas CHPS.

She said this has also led to the complete demarcation of CHPS areas to cover the entire population in the five regions to achieve UHC.

She said that technical training sessions are planned in the remaining regions to introduce the CHPS database to cover the whole country soon within the time frame for the implementation of the project.