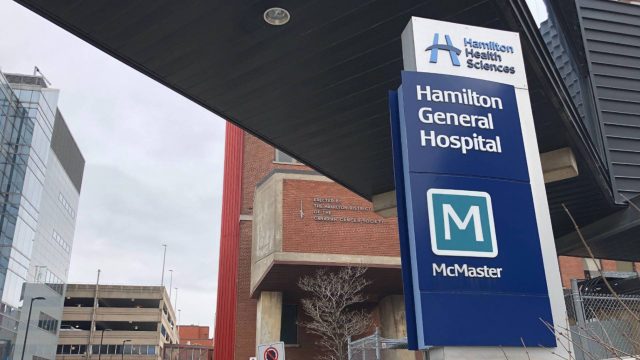 A new patient data system is about to launch at Hamilton Health Sciences (HHS), but some Hamiltonians say it will miss some key demographic information when it goes live.

“Epic” is a $175 million system that will track a patient’s journey through the healthcare system, including multiple care units, and aims to provide better patient care overall.

It’s completely digital, eliminating the need for paper records, and will launch with an app called MyChart, which will allow patients to access their own health records – things like test results, medications, appointments and summaries of each hospital visit.

It will also reduce the likelihood of errors, as healthcare providers will be able to access a patient’s record in one place. It also means that patients won’t have to repeat or remember all of their medical history each time they meet a new doctor or specialist.

Rob MacIsaac, president and CEO of HHS, said Epic’s launch is the “largest patient safety and quality initiative” in the hospital system‘s history.

“This will greatly improve the experience for patients, staff and physicians, and most importantly, allow us to deliver care in a safer way,” MacIsaac said in a statement last month.

St. Joseph’s Healthcare Hamilton is already using the software, and HHS says using a common platform will serve as a “significant enabler of integrated healthcare” in Hamilton and surrounding areas.

The system will launch on Saturday, June 4 in the wee hours of the morning.

1:55
Coronavirus: Access to healthcare should ‘never’ be influenced by race, says WHO expert

Coronavirus: access to healthcare should ‘never’ be influenced by race, says WHO expert – 17 June 2020

However, Epic won’t be collecting race-based data just yet, and the executive director of the Hamilton Anti-Racism Resource Center (HAARC) has some concerns about that.

“This is a unique opportunity in Hamilton for us to be able to collect demographic and socio-economic data that can help improve health outcomes in our communities,” Lyndon George said in an interview Monday.

“As you have seen during COVID, this information helps communities be able to advocate for the type of vaccination clinics to specifically reach communities that have been disproportionately impacted by COVID. And studies conducted right here in Hamilton by local doctors have indicated that the lack of this data compromises the possibility that there is real, concrete research behind this, and so they need more information.

George addressed a letter to MacIsaac, urging HHS to prioritize the collection of race-based data when launching Epic and citing studies that highlight the need for such data to reduce health inequities among marginalized populations.

“COVID has exposed MANY systematic inequities and deadly health care outcomes in racialized populations, especially for Black and Indigenous people,” wrote registered nurse Amie Archibald-Varley. on Twitter. “We knew because it was our painful lived experiences and because of DATA.”

Claire Bodkin, a doctor who works with homeless residents and drug addicts in Hamilton, also pointed out that collecting race-based data is crucial to identifying and mitigating racism in health care.

#HamOnt please read what @HamiltonARRC must say and then act – collecting race-based data so we can identify and mitigate racism in the epic new electronic medical record is crucial to the health of Hamiltonians!! @jctangmd @SarooSharda_MD @Kati_Ivanyi @laurenmcchaim https://t.co/3flGyfweAy

Cole Gately of the Hamilton Trans Health Coalition also said more needs to be done to address concerns about Epic using features that can reduce the marginalization of transgender patients.

“Members of the trans, non-binary, and gender-diverse community are frequently named dead (a term for having your incorrect name used) and misinterpreted in healthcare interactions,” he said in a statement. .

“The use of correct names and pronouns is an essential part of safe and equitable health care.”

Access to gender-affirming care is ‘too burdensome’, says trans-Nova Scotian

HHS responded to the letter saying that collecting race-based data is a priority and that “resources have been set aside to support the commitment, planning, and training necessary to collect, use, and manage these information securely”.

“We are committed to making this happen within months of our new hospital information system going live on June 4,” the statement said.

When the Epic system launches on Saturday, he said patients will have the option to “voluntarily” provide their race and gender information via MyChart – including the name they actually use, as well as the name that appears on their health card to prevent doctors and hospital staff from using the wrong name for a patient.

“In a few months, or sooner if we can, we will begin to actively collect this information as part of our standard patient registration process,” he said.

He explained that collecting “all credentials” was not a priority for the launch date due to the size and complexity of the project and that commissioning the system is a process that will take place. will extend beyond June 4.

“Our first priority is to make sure everything works as planned. We have focused all our energy on this objective. It is the safest and most convenient choice for everyone.

George acknowledged that healthcare workers are working “tirelessly, day and night” to support the community and that he wanted to be excited about the launch of Epic, but said it sends the wrong message to racialized and marginalized communities. when their concerns were dismissed. .

“It tells communities that when they are waiting for the kind of treatment they need in our hospital or the services they need, that information can come later. And that makes communities feel worse.

He said it would be helpful for HHS to share some information with groups like HAARC and listen to those on equity, diversity and inclusion boards when they say it’s important to prioritize data based. on race.

“If you tell someone here that you need surgery and the patient says, ‘OK, so what does it look like?’ And you say, “Well, we’ll let you know,” that doesn’t give them the reassurance they need that they’re in the right place, giving the answers they want.

“So we’re saying, help us understand what the way forward is, explain and involve the community groups that will be affected by this.”