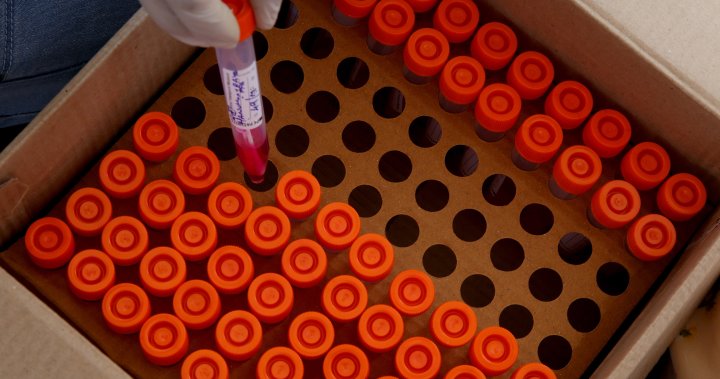 Ontario is reporting 745 new coronavirus cases on Tuesday, an underestimate of the number for the day, bringing the provincial total to 270,925.

The Ontario government noted that Toronto Public Health migrated all of its data to the provincial data system called CCM and this impacted the daily count.

“Specifically, the (Toronto Public Health) case count is negative as a result of identifying duplicate cases as well as data corrections in some fields (p.,” A government spokesperson said. in an email.

Tuesday’s number of cases is lower than Monday’s, which recorded 1,969 new infections. On Sunday, 1,848 new cases were registered and 2,063 on Saturday. The previous three days were affected by the migration from Toronto Public Health to the provincial system.

â€œLocally, there are 334 new cases in Peel, 124 in York Region and 65 in Niagara,â€ said Health Minister Christine Elliott.

According to Tuesday’s provincial report, Toronto reported a subtraction of 199 cases due to data migration.

Authorities have now included a section for confirmed variant cases and have listed 109 cases of British variants (B.1.1.7) and one South African variant (B.1.351) detected so far in the province.

The death toll in the province rose to 6,238 as 14 more deaths were reported.

During that time, 247,236 Ontarians have recovered from COVID-19, representing about 91% of known cases. The resolved cases increased by 2,297 from the previous day.

There were more resolved cases than new cases on Tuesday.

The government said 28,552 tests were processed in the past 24 hours. There is currently a backlog of 32,348 tests awaiting results. A total of 9,732,428 tests have been carried out since the start of the pandemic.

Testing positivity – the percentage of tests that come back positive – for Tuesday was 4.6 percent, down from Monday when it was 5.2 percent, and down from a week ago at 5.9 percent.

At 8 p.m. on Monday, the province administered 344,615 doses of the COVID-19 vaccine, an increase of 2,715 on the last day. There are 72,057 people fully vaccinated with two doses. Pfizer-BioNTech and Moderna, the only vaccines currently approved in Canada, require two injections.

There are 224 current outbreaks in the outbreaks, a drop of six from the previous day.