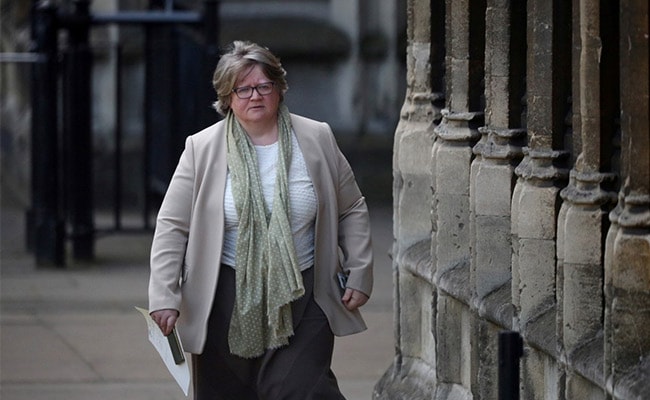 A technical failure in England’s COVID-19 test data system has now been corrected and is not expected to repeat itself, Work and Pensions Secretary Therese Coffey said on Monday.

Britain reported an increase in daily COVID-19 cases to a record 22,961 on Sunday, after authorities said a technical glitch meant more than 15,000 test results had not been transferred in IT systems on time, including for contact tracers.

â€œThe problem has been found and fixed and I’m sure the changes are made immediately to make sure this kind of problem doesn’t happen again,â€ Coffey told Times Radio.

Coffey told Sky News that Public Health England had identified the problem and had been corrected.

News of the problem was likely to cast further doubt on Prime Minister Boris Johnson’s handling of the COVID-19 outbreak: his government’s response was described by political opponents as slow, poorly organized and confusing.

Johnson, who has promised a ‘world-beating’ test and traceability system, says there have been missteps, but government has faced biggest health crisis since the 1918 flu epidemic .

The technical issue, which was identified on Friday and has now been resolved, resulted in 15,841 cases not being uploaded to the reporting dashboards used by the National Health Service (NHS ). [nL8N2GV0WM]

“We fully understand the concern this can cause and other strong measures have been put in place as a result,” said Michael Brodie, interim CEO of PHE.

The authority said all those affected received their results in a timely manner and those who tested positive were asked to self-isolate.

(This story was not edited by NDTV staff and is auto-generated from a syndicated feed.)